If you’ve smoked marijuana, you’re likely familiar with the “munchies” – an insatiable hunger caused by the interaction of chemical compounds in weed and those in your brain triggering the release of hormones that make you feel HUNGRY, even when you’re full.

Given the aforementioned, the following may come as a surprise.

A recent study published in the Journal of Mental Health Policy and Economics, says that using marijuana may be a surprisingly effective way to lose weight and help combat obesity.

These findings were corroborated by the results of the 2004 Nunavik Inuit Health Survey which revealed that of the 700 adults who took part in the study, those who smoked marijuana had lower BMI scores than those who did not, and also had a lower risk of developing diabetes.

Further supporting the theory that marijuana helps combat body fat is the fact that the nation’s lowest obesity rates can be found in the District of Columbia and Colorado – both of which have legalized marijuana.

A study out of Cornell University and the San Diego State University concluded that there’s a correlation in a 2% – 6% drop in obesity following the passing of a medical marijuana law in a state, and that the effect is believed to be even larger in the long term.

One theory as to the reasoning behind the correlation is that medical marijuana prescriptions are often used to manage chronic pain. Therefore, once the pain is under control, users will become more active thus losing weight.

What do you think of this? Should medical marijuana be prescribed to help combat obesity? Share with your friends and family by clicking the button below to get the dialogue rolling! Have you noticed that you or your partner have put … 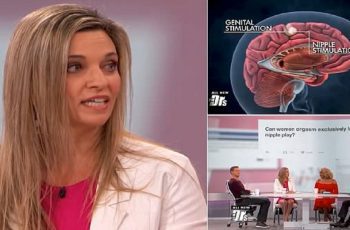 One in three women can orgasm just from having their … One in ten people will have a kidney stone over …