Retirement age in the U.S. is rising.

However, lifespans are not lengthening to allow for more time to relax on the beach. According to recent data, Americans’ health is expected to decline as millions of middle-aged workers face the possibility of shorter and less active retirements than their previous generation.

The statistics are as follows: The U.S. age-adjusted mortality rate—a measure of the number of deaths per year—rose 1.2% from 2014 to 2015, according to the Society of Actuaries. That’s the first year-over-year increase since 2005, and only the second rise of more than 1% since 1980.

While American life expectancies are stalling, millions of U.S. workers are waiting to retire due to public policy and career paths. In 2002, those retiring at the age of 65 were eligible to claim their full Social Security benefits. This number will gradually rise to age 67 by the year 2027.

Approximately one in three Americans ranging from ages 65 to 69 are still in the workforce, in addition to the almost one in five who are in their early 70s.

Later retirement can be a financially smart decision, as extending your career can make it possible to afford retirement past the age of 90 or 100. However, a recent study poses caution with this calculation.

Americans who are in their late 50s already deal with more serious health problems than people their age did 10 to 15 years ago, according to the journal Health Affairs.

HwaJung Choi and Robert Schoeni, economists at the University of Michigan, analyzed data from a survey that compared middle-aged American’s health. A key measure of this study was whether people have problems with “activity of daily living,” or ADL, which includes bathing, dressing, walking, eating, or getting in and out of bed. The study showed the number of middle-aged Americans with ADL limitations has increased. In fact, 12.5% of Americans at the current retirement age of 66 had an ADL limitation in their late 50s, up from 8.8% for people with a retirement age of 65.

With the current retirement age being 66, a quarter of Americans ranging from age 58 to 60 rated themselves with either “poor” or “fair” health. Which is up 2.6 points from the group who could retire with their full benefits at the age of 65, the Michigan researchers found.

Cognitive skills have also been declining over time. According to the study, of the people at the retirement age of 66, 11% already had some form of dementia or other cognitive problem between the age of 58 and 60.

While death rates can be unpredictable from year to year, Choi and Schoeni’s study is part of an entire range of studies showing the deterioration of Americans health.

Several researchers have hypothesized why Americans health is getting worse. Economists Anne Case and and Nobel Prize Winner Angus Deaton from Princeton University, claim that an epidemic of suicide, alcohol abuse and drug overdoses have caused a rise in the death rates of middle-aged whites.

The rise in obesity rates may also have an effect. Previous positive factors that have cut death rates for Americans, such as a decline in smoking and medical advances may have already shown the extent of their benefits.

According to the Society of Actuaries, the latest figures show that life expectancies for those with pensions has declined by 0.2 years.  A 65-year-old man can expect to live to 85.6 years, and a woman can expect to make it to 87.6. As a result, the group calculates a typical pension plan’s obligations could fall from 0.7% to 1%.

Well, well, well. Looks like we’re in for one heck of a ride in our senior citizen years. 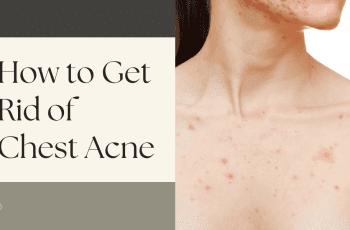 Are you self-conscious about your chest acne? Do you feel … Here are the Ways To Prevent Diabetes Blood sugar levels …